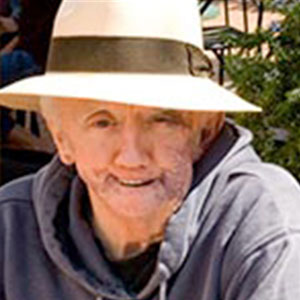 David Roche is an inspirational humorist, a performer and keynote speaker who has transformed the challenges and gifts of living with a facial disfigurement into a compelling message that has won standing ovations from New Zealand to Moscow, England to Australia, across Canada and the USA including at the White House, the Kennedy Center and the Sydney and Vancouver Olympics Arts Festivals. With the publication of his first book, The Church of 80% Sincerity, he is also an author. David has been featured in four films, including the recent Shameless, a feature-length documentary by Bonnie Sherr Klein from the National Film Board of Canada. He recently made his first short film Beauty School, which premiered to great acclaim at Vancouver’s Wide Angle Media film festival. He lives in Roberts Creek, BC with his wife, Marlena Blavin. Together they have presented Love at Second Sight in many schools and enjoy facilitating storytelling workshops with many-abled participants. Photo credit: Kim Komenich

ABLE ARTISTS 2013: PUSH TO OPEN was a three-day forum that offered daily sessions, workshops, demonstrations and performances designed to push Kingston’s leaders, arts leadership, academics, social service providers, educators and youth to open up to new ideas that may lead to increased arts engagement in our community.

We asked artists and presenters to share how their communities have provided access to opportunities in arts and culture. Not just by building more ramps and special seating areas, but also by finding solutions to funding dilemmas; approaches to battle systemic discrimination; and encouraging diverse expressions of art. We also discussed the most significant developments in Deaf and Disability Arts to understand the challenges ahead.