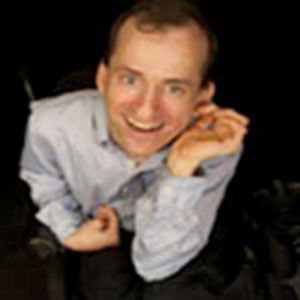 Alan Shain’s performance disciplines include performance creation, solo-performance, storytelling, theatre for young audiences, dance, and stand-up comedy – all specific to the representation of the lived experience of disability. Alan has taken on several leadership roles within the area of disability and performance. He founded his own company, Smashing Stereotypes Productions, in 1999 to support the dissemination of his solo show, Still Waiting for That Special Bus. He is also one of the co-founders of Propeller Dance. Alan has toured across Canada and around the world to Australia, England and Taiwan. Renata Soutter.